“I don’t even want to know how many billions of dollars of jets are down there,” says pilot and freelance video editor Bryan Keith. 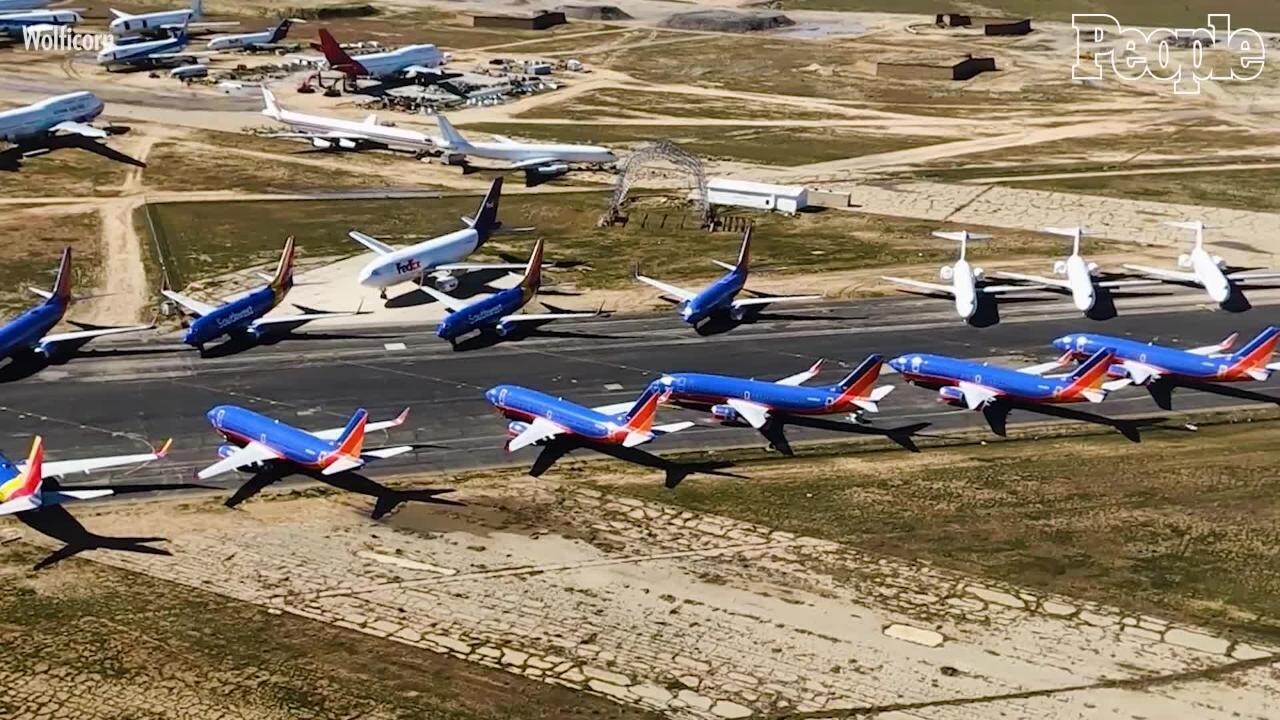 As U.S. airlines are facing drastic changes amid the coronavirus pandemic, unused planes are being stored at various locations around the country — and one airport in California is now providing a temporary home to hundreds of empty airliners.

At Southern California Logistics Airport, which is located in the Mojave Desert town of Victorville, one of the airport’s two runways has been shut down to accommodate hundreds of planes no longer being used by Delta, Southwest and FedEx, as shown in a viral YouTube video by amateur pilot and video editor Bryan Keith.

In his video, Keith is granted permission to fly over the airport by tower controllers, who tells him that while they didn’t have an exact number of planes being stored there, they thought there were “over 400” — with more due to arrive in the future.

“I don’t even want to know how many billions of dollars of jets are down there,” Keith says while flying over, documenting the long lines of planes parked closely together up and down the runway area.

Offering up some explanation as to why the planes were being kept at the Victorville airport, Keith shares that a few factors are in play.

“It’s a dry location, a remote location,” he says in the video, adding that ComAv Technical Services, a “kind of storage facility company for these big airlines,” operates there as well.

“This is truly a unique scene that underscores this unique moment in history,” he says in the video, adding that “there’s something unnatural about seeing all these aircrafts sitting abandoned in the hot desert sun.”

“They want to be flying. They want to be taking us to visit our family, our friends, and far away destinations that we’ve always dreamed about,” he continues. “They were meant to bring the world together in a time when we need to stay apart.”

Keith, who has been flying recreationally for over a decade, went on to tell PEOPLE that the amount of grounded planes is something he’s never seen before.

“I don’t think anybody has ever seen anything like that, except possibly after 9/11. But that only lasted for a couple of days,” he says.

“I had always known Victorville was a storage depot for airplanes that are usually either being scrapped or reused for parts. I came across a news article that some airlines were using that location as a temporary holding location when the airlines began scaling down their operations as a result of COVID-19,” he explains, adding that while he’s restricted his own flying habits, he “figured a quick hop over to Victorville would make an interesting flight.”

Going on to note the success of the video, which has nearly 3 million views, Keith shared that the comments section has been filled with a variety of different responses. “Some are simply grateful for the video,” he says, noting that “others really open up about their own personal experience regarding the pandemic.”

Illustrating just how much airplane travel has been affected by the global health crisis, earlier this month United Airlines CEO Oscar Munoz and President Scott Kirby said the company had seen a 97 percent reduction in demand, noting that they “expect to fly fewer people during the entire month of May than we did on a single day in May 2019.”

Sydney-based CAPA Centre for Aviation predicted last month that many airlines will have a hard time bouncing back financially, although the three major U.S. airlines — Delta, United and American, which have all dramatically reduced the number of flights and areas to which they fly — will likely survive.